I just can’t seem to get into the habit of weekly posting here. Not sure why. Maybe I’ll put posting on my calendar for reminders.

I’ve been working on 2 bargello table runners as samples for a class I’m teaching at the end of the month. 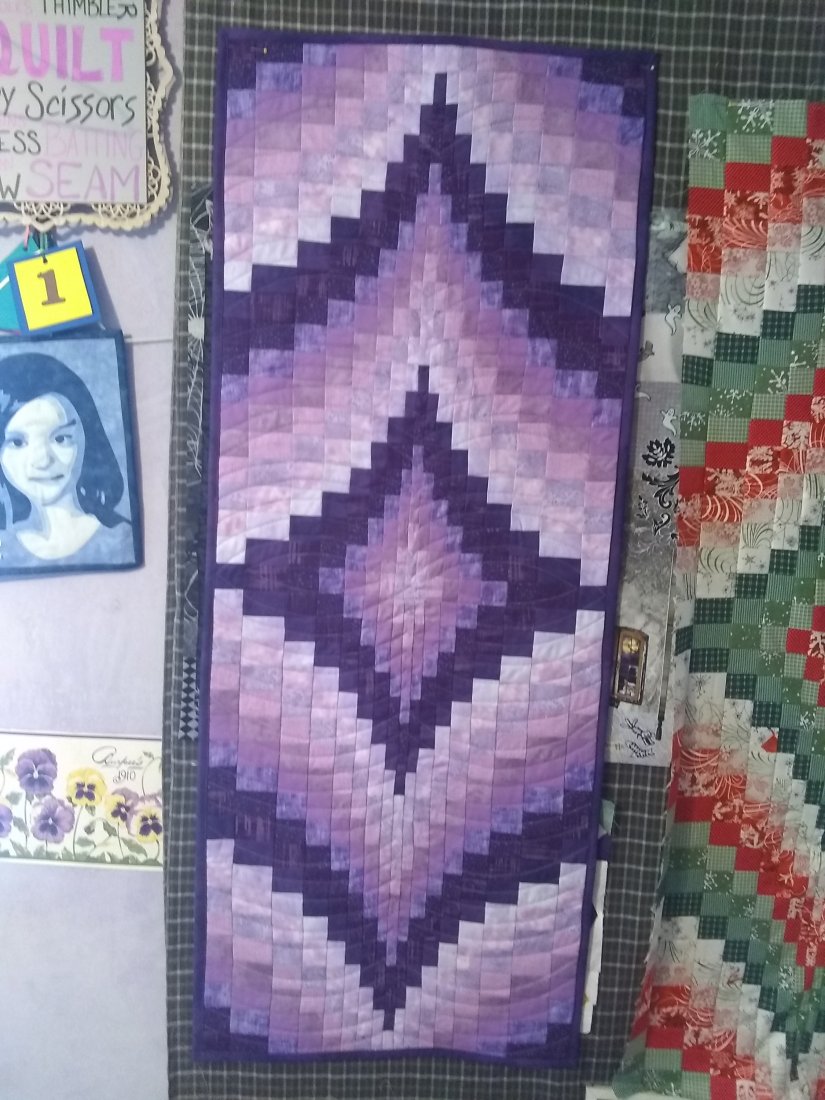 The purple version is what the class is, but I wanted to show another idea, so I made the Christmas version too.

I also am working on a quilt that started from an Accuquilt Go Club meeting. It was 4 storm at sea blocks that made a pillow cover. I decided to turn it into a medallion quilt by adding multiple borders. Still have 2 borders to do.

I’m also quilting a t-shirt quilt for a friend for her daughter. Finished all the blocks last night and started the border. It’ll be done this weekend.

Then I’ll move on to quilting all the tops I have accumulated over the summer, including a couple of my mom’s. This is one of hers I finished for a friend. Mom thought it was too scrappy and not coordinated enough. But I think it looks great.

View all posts by kusequilts